All current, former, or prospective workers who were assigned a Technician ID number in the Siebel system, and who installed, serviced, and/or repaired DIRECTV systems in the State of California but were not classified by DIRECTV or any Home Service Provider as W-2 employees during the Covered Period—excluding individuals who (1) performed work through White Communications, LLC, but only during the time they were performing such work; or (2) had claims against DIRECTV pending in the United States District Court for the Central District of California as of August 13, 2020. The “Covered Period” is the time between October 1, 2011, to May 11, 2022. Additional benefits are available for those whose work described above was completed between October 20, 2014 and May 11, 2022 under the California Private Attorney General Act or “PAGA.” This period of time is called the “PAGA Covered Period.” 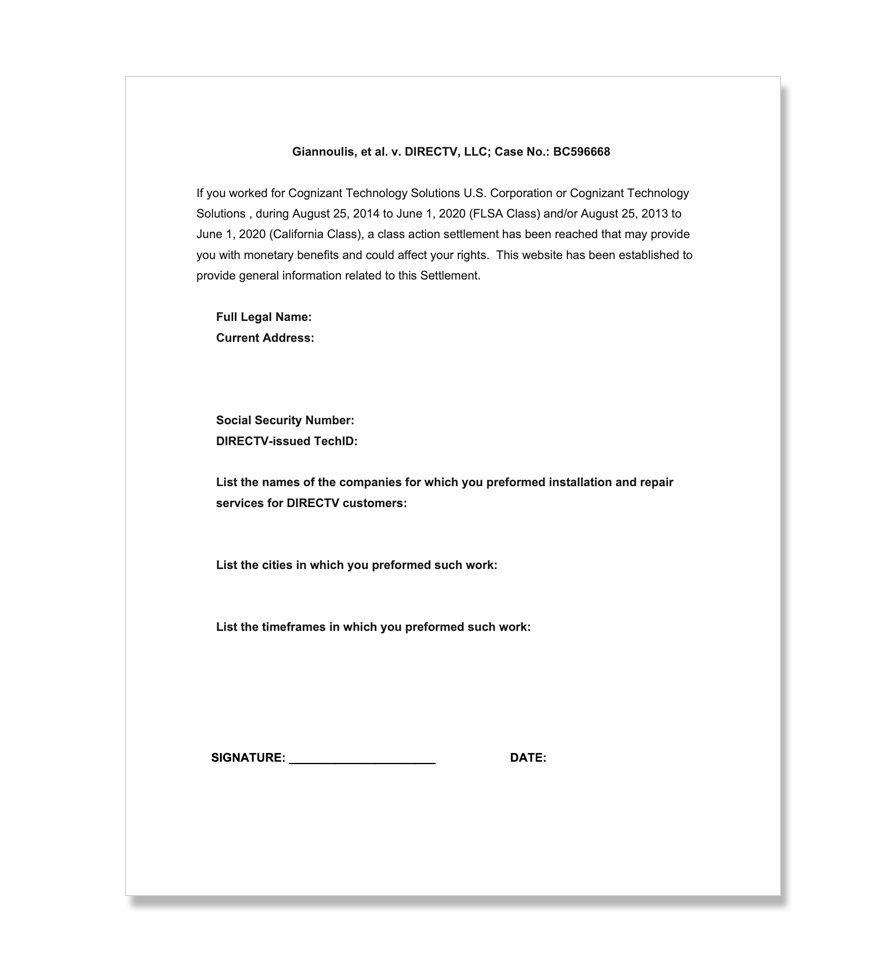